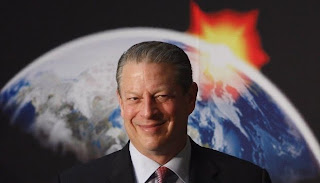 Such is the wily power of bureaucratic double-speak that it can paint the failed climate meeting in Copenhagen as a great success; and a document called an "Accord" only because no signatory would accept the word "Treaty", as a positive outcome (Meeting Copenhagen's challenge, Bangkok Post, January 22, 2010). The global warming movement and the whole of the allegedly scientific case against carbon dioxide are based on exactly this kind of word magic that always leads to the same conclusions whatever the data.

Cha-am Jamal
Thailand
Posted by Chaamjamal at 7:18 AM