According to the Bangkok Post (Off the beaten track, Bangkok Post, Febrary 29, 2008) "Thai motorists have lousy driving habits and lack discipline. They display poor etiquette and are absolutely selfish. To cope with these motorists one must develop special skills and be prepared for every driver on the road to commit a traffic infraction at any moment". To this rather unkind assessment I would like to add that they also display a tendency to indulge in thrilling daredevil maneuvers. Among other things, the country needs a public education program to encourage defensive driving and to discourage superstitious practices such as wearing special road safety amulets, hanging holy flowers on the rear view mirror, and worshiping road safety deities. These pseudo religious practices give the devotees a sense of invulnerability and embolden them to take chances.

Cha-am Jamal
Thailand
Posted by Chaamjamal at 3:14 AM No comments:

Posted by Chaamjamal at 11:38 PM No comments:

There are things that are almost normal in Thailand but that could not have occurred anywhere else on earth. When the Minister of the Interior was informed that top officials in the administration were sexually harassing female workers and having sex with subordinates, he dismissed the allegations saying that it was not unusual for senior officials to keep mistresses (Ministry to probe sex claims, Bangkok Post, February 26, 2008). Across town, a defendant in a courtroom being tried for dealing in illicit drugs was secretly handed a package by a member of the audience seated behind him. It was a condom stuffed with illicit drugs (Drug delivery in court goes very wrong, Bangkok Post, February 26, 2008). As for the evil junta in Burma, the Foreign Minister has just announced a new Burma policy. It is to "talk with them in a friendly manner on subjects they are comfortable with" (New approach to Burma, Bangkok Post, February 26, 2008).

Cha-am Jamal
Thailand
Posted by Chaamjamal at 11:51 PM No comments:

The war on fossil fuels is beginning to look more like a circus than a war (Virgin flies first jumbo powered by biofuel, Bangkok Post, February 25, 2008) except that in this case the clowns are dangerous because the growth of the palm oil plantations that they engineered is now considered by environmentalists themselves to be an environmental disaster (Asia's growing oil palm farms seen as climate change threat, Bangkok Post, November, 2007). The cure is worse than the disease. What's worse, the diagnosis is uncertain and probably wrong. Could a class action lawsuit against the global warming alarmists be far behind?

Cha-am Jamal
Thailand
Posted by Chaamjamal at 9:09 PM No comments:

He already has (Samak backs down from Oct 6 war of words, Bangkok Post, February 21, 2008) and he has agreed to all the demands made by Khun Thongbai Thongpao and others including that for the formation of a committee to set the historical record straight. The Prime Minister has never denied that he is just a street-wise buffoon who will never win brain games with the media or debates with brainy guys like Abhisit and the people elected him anyway. The Oct 6 issue is obscuring other more pressing matters including that of invisible hands in government. In the interest of transparency and accountability all invisible hands, whether they pull the strings of the Election Commission or those of he Prime Minister himself, must be made visible and accountable to the people.

Cha-am Jamal
Thailand
Posted by Chaamjamal at 4:03 PM No comments:

The message in these cartoons for religious activists eager to behead those who insult Islam is that there are some who are equally eager to insult those who behead people as a way of settling disagreement. One would think that followers of any religion with enough faith in their beliefs, would be able to participate in a process of discourse and debate that does not involve murder.

In fact, those with unshakable faith would not need organized religion at all for their faith lies intact deep in their heart even if they are surrounded by non-believers. The function of organized religion is to provide strength in numbers to compensate for weakness in faith. The really weak may find that they must go beyond that and persecute non-believers to consolidate and defend their belief system and thereby to keep the faith. Intolerance is not a measure of the strength of faith but of its weakness.

Cha-am Jamal
Thailand
Posted by Chaamjamal at 2:47 PM No comments:

Global warming scientists have used a computer climate model to predict that by the year 2030 yields of critical crops will fall sufficiently in southern Africa and in South Asia to cause famine (The inconvenient truth, Bangkok Post, February 12, 2008). The affected peoples of these regions may take some comfort in the fact that none of the prior predictions of global warming computer models has come to pass. The year 2007 was not the warmest year on record, the Australian drought did not turn out to be an unprecedented devastation, and the 2006 and 2007 Atlantic hurricane seasons were rather mild and not worse that the 2005 season. Also, many significant climate events did not appear in their forecast. Their model retains whatever credibility it still has only because time is on their side. Some of their predictions are so far in the future that they have yet to be proven wrong.

Cha-am Jamal
Thailand
Posted by Chaamjamal at 6:26 AM No comments:

The Antarctic Peninsula is a long spiny thread of mountains that stretches from Antarctica toward the southern tip of South America and constitutes less than 2% of the continent in land mass. The population of Adelie Penguins in the northern reaches of the Peninsula has declined in recent decades as noted in your article (The last march, Bangkok Post, February 11, 2008) but this decline has been more than offset by robust growth in other areas of Antarctica. Meanwhile other species of penguins are thriving in the Peninsula. The mix of penguin species in Antarctica has never been stable and has undergone dramatic changes over millennia. It is a gross misrepresentation of the data to imply that global warming caused by human activity is driving the Adelie penguins to extinction.

Cha-am Jamal
Thailand
Posted by Chaamjamal at 4:14 AM No comments:

It is reported that thousands of people in a certain region of Bangladesh and across the border in India face starvation and famine because of a population explosion of field rats (Rat invasion fuels famine fears, Bangkok Post, February 11, 2008). The rats are eating food grains in the fields and in granaries. The concerned authorities may wish to send a delegation to Thailand to learn how to trap, cook, and eat rats. Fat grain-fed field rats are delicious and nutritious whether grilled or curried. In the short run it would solve the starvation problem and in the long run it would control the rat population.

Cha-am Jamal
Thailand
Posted by Chaamjamal at 3:21 PM No comments:

A recent Bangkok Post editorial (The scourge of fake medicine, Bangkok Post, February 9, 2008) refers to sildanifel citrate pills made by firms other than Pfizer and marketed under names other than Viagra as "fake" and claims that they don't work as well as the Pfizer product because they contain less of the active ingredient than advertised. The statement may be true of the sample of pills in the Pfizer study cited in the editorial but an informal survey of old, feeble, and otherwise unable retirees in Cha-am appears to indicate that non-Pfizer 100 mg sildanifel citrate pills currently available at prices the feeble retirees can afford work just as well if not better than the Pfizer product. It is a scourge all right, but more of a scourge for Pfizer than for consumers in whose interest one presumes the editorial was written.

Cha-am Jamal
Thailand
Posted by Chaamjamal at 8:55 PM No comments:

Atolls form if and only if a volcanic island with coral growth begins to sink by subduction and continues to sink until the island in the middle disappears completely leaving only a ring of coral. Atolls remain as long as the rate of coral growth exceeds or breaks even with the rate at which the submerged island is sinking. When it does not break even, the surface of the atoll begins to go under water. This phenomenon is a geological oddity and has nothing whatsoever to do with greenhouse gas emissions from fossil fuels or with global warming. It is a sad tale indeed for residents of sinking atolls but there is no new twist.

Cha-am Jamal
Thailand
Posted by Chaamjamal at 5:43 AM No comments:

A two-part article in the Bangkok Post proposes a 12-point program for social reform in Thailand (A social reform agenda for the new government, Bangkok Post, January 30, 2008 and February 6, 2008) that includes the rule of law, autonomy for southern Muslims, community rights, media freedoms, democratic principles, no to FTA with the USA, tax reforms, guaranteed quality of life, empowerment of workers, citizenship for the stateless, a Burma policy, and military reform. The list is mostly a political agenda and there are glaring omissions with respect to much needed social reform.

Education through Mathayom 6 should be made free and compulsory and the education system should be overhauled to raise the quality of education to, say, Korean standards. We could make this overhaul a megaproject right up there with mega mass transit and irrigation systems being proposed by this government. The country also needs a comprehensive legal and social reform program to rid the society of an ancient, irrelevant, and reprehensible dowry system that denigrates women and makes marriage into a financial transaction in which the parents of the bride sell their daughter and the groom literally buys his wife. Dowries have been abolished by law in most of the civilized world even in places like Bangladesh. Last but not least, the country needs a social reform program to end the vicious cycle that starts with deadbeat dads and ends with abandoned and discarded single moms condemned to the trash heap of society from which concubinage and prostitution are often the only escape.

Cha-am Jamal
Thailand
Posted by Chaamjamal at 1:53 AM No comments:

No Prime Minister can ensure good governance. Good governance is an ideal and we can move toward that ideal only by virtue of the right kind of institutions and by the vigilance and activism of civil society and a free and vigorous press. It is up to the citizens to hold their government's feet to the fire and to hold them accountable. Democratic freedoms must be earned the hard way every day. Governments cannot give them to us any more than foxes can guard hens.

Cha-am Jamal
Thailand
Posted by Chaamjamal at 7:03 AM No comments: 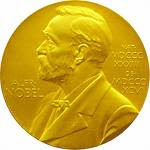 The article quotes Professor Finn Erling Kydland, identified as a Nobel laureate, to make the case that the monetary policy of the US Federal Reserve Bank is unlikely to resolve the US financial crisis (US stimulus package unlikely to help much, Bangkok Post, February 4, 2008). A complex financial problem created by rising oil prices and mortgage defaults is thus further obfuscated by throwing ad hominem into the mix. Arguments made for or against an economic policy must stand on their own merit instead of appealing to Nobel prizes. After all, the last financial crisis in America was brought on by the mis-management of a hedge fund called Long Term Capital Management. It was managed by Nobel laureates.

Cha-am Jamal
Thailand
Posted by Chaamjamal at 1:47 AM No comments:

Much has been made of the notion that Thaksin is using Samak as a stooge to rule from exile (Awaiting word from real man in charge, Bangkok Post, February 4, 2008) and yet when the dust settles one may find that it was Samak who used Thaksin to get elected. Samak is nobody's stooge. Those who think that they have a puppet by the strings may find instead that they have a tiger by the tail.

Cha-am Jamal
Thailand
Posted by Chaamjamal at 1:10 AM No comments: